Bing vs Google: The Complete Search Engines Comparison In 2023

Home - Bing vs Google: The Complete Search Engines Comparison In 2023

Many individuals automatically choose Google over Bing when comparing the two search engines in terms of user preference and overall user experience. While Google’s market share will remain at 83.84 percent in 2023, rival search engines like Microsoft’s Bing have made significant inroads in recent years.

While Google has dominated the search engine market, Microsoft has made great strides in recent years, especially in paid search. Microsoft Advertising, Bing’s answer to Google Ads, has made significant strides, contributing to a 12 percent increase in overall revenue to $51.9 billion in the company’s fiscal fourth quarter of 2023.

It’s no secret that Bing is a major player in the digital marketing world. In this post, we’ll go over how SEOs and paid media managers may use Bing to increase their website’ visibility to a wider audience. To properly capitalise on this, you must understand the nuances of search engines like Bing and Google, especially with regards to their ranking methods and PPC possibilities. Continue reading to find out. Brief History Of Google And Bing

There was a website named Jerry’s Guide to the World Wide Web back in the early 1990s, when home users were just getting started online. This website, first founded by Jerry Yang and David Filo, both of whom graduated from Stanford, rebranded as Yahoo in April 1994. As can be seen in the diagram below, Yahoo wasn’t always a searchable index of pages but rather a database of websites organised in a hierarchical fashion.

Two Stanford Ph.D. students, Larry Page and Sergey Brin, created Google in 1998, marking a major milestone in the evolution of search engines. BackRub was originally a research project named for the ranking methodology it employed to determine a website’s relative authority based on its backlinks. This is what first set Google apart from its competitors and continues to do so today.

I find it fascinating that the etymology and origin of the word Google had such a significant role in the development of the corporation. The word “Google” comes from the number “Googol,” which is the result of multiplying ten by 100. (10100). Page and Brin first attempted to register the domain name Googol.com, but when they found out it was already taken, they decided to modify the name to Google. Conversely, Microsoft’s Bing has only been around for a short period of time. In July 2009, Windows Live Search and MSN Search were merged into a single service known as Bing. In August of 2011, Microsoft introduced a brand-new index-serving technology called “Tiger.” Then in 2015, Bing got a new look, and subsequent updates boosted local search and penalised phrase stuffing. Microsoft Bing, formerly known as “Bing,” debuted a new name, logo, and colour palette in October 2020.

There has been a lengthy Google’s ranking algorithms at Google, beginning with two in 2000 and another in 2002 and eventually getting more frequent. In the present climate, hundreds of changes are made each year to search algorithms, ranging from minor tweaks to major overhauls of the underlying algorithm, which can have a big impact on search engine results pages. However, updates to Bing’s algorithm are rarely discussed in the SEO community.

Although Google will still dominate the global search market in 2023, Microsoft has made some modest gains in recent years. Google’s market share has dropped from 89.95% to 83.84% in the previous three years, while Bing’s share has risen from 3.99% to 8.88% in the same time period.

Nearly all of the world’s search engine market share is held by only two companies: Google and Bing. With a market share of 2.45%, Yandex trails Google, while Yahoo and Baidu round out the top five (the most widely used search engines in Russia and China respectively). In spite of the existence of other, smaller search engines like Ecosia, DuckDuckGo, and Brave Search, these five get the lion’s share of all search engine traffic throughout the world.

Search engine businesses should compete vigorously with one another since it benefits users. The intense rivalry between Bing and Google has driven both companies to find ways to differentiate themselves from one another in order to gain a larger piece of the market.

A Look At Bing And Google As Rivals

The major differences between Bing and Google may not stand out in a head-to-head comparison, according to some. Both search engines provide paid advertisements and employ a variety of factors, including backlinks and technical maturity, to determine search results. When we run the identical question through each of these search engines, however, we get significantly different organic results. The purpose of the next section is, in part, to inquire as to why this is the case.

Despite the fact that Google and Bing utilise many of the same SEO ranking criteria, it is clear from comparing the two sets of results that some ranking elements are given far more weight than others.

This table provides a high-level comparison of the ranking factors used by the two search engines, and subsequent sections expand on each subject.

Each time a permanent reroute is employed If you’re want to maintain your SEO, using permanent 301 redirects rather than temporary 302 redirects is a must. However, after a few passes through the index, Bing’s algorithm will automatically treat a 302 redirect as a 301. In rare cases, 302 redirections might cause Google indexing issues. Because of this, Bing should not have any problems with 302 redirections. While 302 redirects are useful in some situations, they should be avoided wherever possible to ensure that your site is optimised for both Bing and Google.

In 2021, Google will begin using a new set of ranking factors called Core Web Vitals. These criteria are designed to “make the web more delightful for users across all web browsers and surfaces, and helps sites adjust towards user expectations on mobile,” as Google puts it. To take advantage of this update to the ranking algorithm, websites need to focus on speed, responsiveness, and page stability to create a positive user experience.

These are the technical aspects, such as sluggish page speed or annoying pop-up windows, that diminish the user’s experience with and enjoyment of a website.

Metadata Is Analysed In Depth By Bing

The intersection of technical and content SEO is where many of the differences between Bing and Google’s ranking algorithms may be found. Metadata and other on-page signals are evaluated quite differently by the two search engines because of their fundamentally distinct approaches to analysing webpages.

Bing relies more on conventional methods to interpret content, such as keywords in the domain, page titles, and metadata, while Google is less concerned with these qualities because to its superior comprehension of language in context (particularly since the advent of the Rank Brain and BERT updates). As a result, SEOs will have a harder time optimising for Google than for Bing.

In particular, Bing places far more emphasis on a page’s meta description than Google does. Contrary to their role in Google’s search engine results pages (SERPs), where they serve only to describe pages and encourage users to click through, these brief summaries of a page’s content directly contribute to Bing’s ranking algorithm. Bing, like Google, gives more weight to the presence of target keywords in anchor text, however Google doesn’t place as much stress on this factor.

Your SEO plan should take into account how both Bing and Google rank websites, since none of the characteristics discussed above are exclusive of one another, and neither of these search engines is likely to penalise sites that are optimised for both. Due to Google’s advanced grasp of English, it is essential that you write for people rather than over-optimize; yet, you may still apply keywords organically in your URLs, titles, and metadata. As with material in general, striking the right balance between the two is essential.

Bing prioritises content that is already well-known, either because it has been online for some time or because it receives a lot of visitors. Further evidence of this bias is that whereas Google gives more weight to PageRank and favours commercial or well-known websites, Bing gives priority to more official top-level domains like.gov and.edu. You may use this to argue that Google-specific optimization strategies, such as link-building and digital PR, are more important than Bing-specific optimization strategies.

The concept of using backlinks as a proxy for a site’s relative authority may be traced all the way back to the Backrub PhD project, upon which Google’s algorithm was developed. To this day, backlink analysis is the primary method by which search engines determine a site’s page rank; the more authoritative your site appears to be, the more links will lead to it (and the better it will stand out in the search results). While still a factor, backlinks have less importance in Bing’s ranking algorithm.

While Google SEO places a greater emphasis on backlinks, Bing and Google share many of the same link-ranking criteria. In both cases, a site’s credibility is based on a multitude of variables, not only the quantity of backlinks it has. When it comes to link equity transfer, backlinks from highly authoritative sources that are also highly relevant to the target site are more preferable to those from less authoritative sources.

We finished up by comparing Google Ads against Microsoft Ads. We recommend that companies utilise a PPC strategy that includes both the more expensive former service and the cheaper latter service despite the former’s larger audience and more nuanced targeting capabilities. Incorporating elements from both channels can help your advertising appeal to a wider audience.

PrevPreviousWhat Is Amp? The Complete Guide, Roles and Its Importance
NextConversion Rate Optimization Analytics: Importance and Benefits In 2023Next 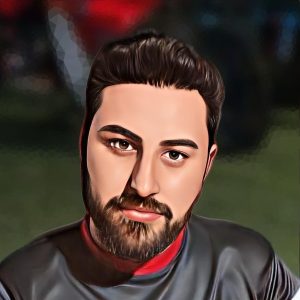 Home - Bing vs Google: The Complete Search Engines Comparison In 2023